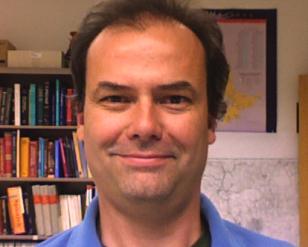 Available By Appointment Only

Dr. Szoboszlai has been teaching at the Native American Studies Department since 2019.

Since 2010 he has been a practitioner of language reclamation through his work with a number of Native American communities in northern and central California. He has helped design learning materials for several Utian and Pomoan languages, including Mutsun, Bahtssal (Eastern Pomo), and Central Sierra Mewuk. He has taught introductory classes in Bahtssal and other Pomoan languages to support community language reclamation efforts. He is currently working with the Federated Indians of Graton Rancheria, helping design courses in Coast Miwok and Southern Pomo.

Dr. Szoboszlai's graduate work focused on second language acquisition in the context of language revitalization efforts in Native American communities. He was awarded his PhD in linguistics by the University of California at Davis, in 2017. His dissertation, Mutsun reclamation continued: Four years in a learner’s efforts to acquire language, was supported by a Doctoral Dissertation Improvement Grant from the National Science Foundation's Documenting Endangered Languages program (BCS-1348163).