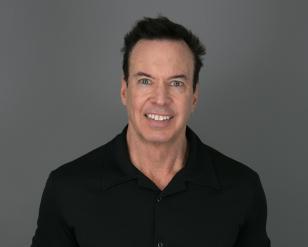 Greg Sarris received his Ph.D. in Modern Thought and Literature from Stanford University, where he was awarded the Walter Gore Award for excellence in teaching.  He has published several books, including the widely anthologized collection of essays, Keeping Slug Woman Alive: A Holistic Approach to American Indian Texts, and Grand Avenue, an award-winning collection of short stories, which he adapted for an HBO miniseries of the same name and co-executive produced with Robert Redford.  His last novel, Watermelon Nights, received rave reviews and was adapted for a play by the Santa Rosa Community College Theatre Arts Department. Greg has written plays for Pieces of the Quilt, Intersection Theatre, and the Mark Taper Forum. His play, entitled Mission Indians, opened at the Intersection Theatre in San Francisco, February, 2002, and received the 2003 Bay Area Theatre Critics Award for Best Script.  He co-produced, advised, and was featured in a sixteen-part series on American literature for Public Television called American Passages, which won the prestigious Hugo Award for Best Documentary in 2003. He has written two pilot scripts for Showtime and one for HBO. He edited a book (with Connie Jacobs and James Giles) for MLA, Teaching the Work of Louise Erdrich (2004). Greg has “doctored” many scripts and worked with the Sundance Institute, where he helped develop a summer writing lab for American Indians interested in film writing. In spring 2008, Word for Word Theatre performed two of his new short stories in over 80 schools in the San Francisco Bay Area.  He has completed a collection of short stories as well as a collection of children’s stories, and is currently finishing a new novel.

He is serving his fourteenth consecutive term as Chairman of his tribe, the Federated Indians of Graton Rancheria, formerly known as the Federated Coast Miwok, and he co-authored a bill on behalf of the tribe, H.R. 5528. On December 27, 2000, President Clinton signed this bill restoring the Federated Coast Miwok as a recognized American Indian tribe, making the Federated Indians of Graton Rancheria the last tribe in the United States to be restored by an Act of Congress. On October 1, 2010, Greg successfully regained a reservation for his people after the Tribe had been homeless for over 50 years.  In July 2013, he raised money to build a resort and casino for his tribe, and today, five years after opening, the casino resort is among the 5 most successful Indian casinos in the nation. In addition to serving as Chairman of his Tribe, he serves as President of the Tribe’s Development Board, overseeing all of the Tribe’s business interests, including the Graton Resort and Casino.

Formerly a full professor of English at UCLA, and then the Fletcher Jones Professor of Creative Writing and Literature at Loyola Marymount University, Greg now lives in Sonoma County and is the Federated Indians of Graton Rancheria Distinguished Chair Emeritus of Sonoma State University, where he taught a number of courses in Creative Writing, American Literature, and American Indian Literature. A new book, a collection of children’s stories entitled How a Mountain Was Made was published in 2017.  Currently, he is executive producing the documentary bio on Joan Baez, and he has been appointed to the Board of Trustees for the Smithsonian National Museum of the American Indian, and the Native American Advisory Council for University of California by University of California President Janet Napolitano.