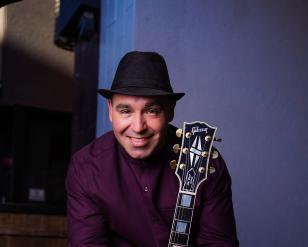 Paul Steward has been a Lecturer in Native American Studies at Sonoma State University, teaching a section of NAMS 165 "Introduction to Native Cultures of Northern California" since 2016. He also teaches courses in American Indian Studies at San Francisco State University. Paul specializes in the history of California and the local history and culture of the Bay Area and North Bay. Paul is a tribal member of Elem Indian Colony of Pomo Indians of the Sulphur Bank Rancheria near Clearlake Oaks, CA. Raised on the reservation, he learned his tribal culture from his father and paternal grandparents. Paul experienced tribal business operations and the crossroads of culture through apprenticing under his father, Richard Steward, a tribal officer of Elem and a board member of many Native organizations in the Lake and Sonoma County area. Paul studied Business Administration at Santa Rosa Junior College, Sonoma State University, and is currently in a doctoral program at Saint Mary's College of California. His learning of social, historical, and ethnic studies came from Professors William Spires, Leny Strobel, and Greg Sarris. Paul is also a musician of 20+ years, a singer, songwriter, and guitarist most notable as the bandleader of Twice As Good, the 2010 Native American Music Awards winners of the Blues Album of the Year and 2016 North Bay Bohemian paper R&B Band of the Year.